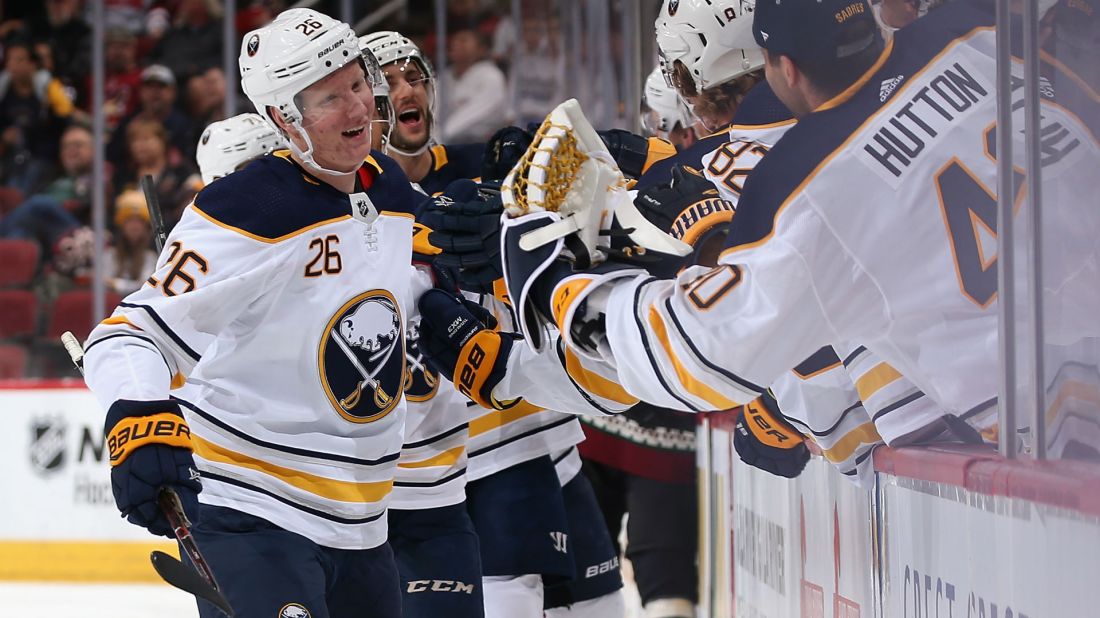 The Sabres have won games this year without solely relying on Jack Eichel and his linemates.

Against the Sharks, the Sabres got goals from Marcus Johansson, Casey Mittelstadt, Jeff Skinner and Zemgus Girgensons.

Getting offence from all four lines will be key for the Sabres this season, just like it was a big key in getting a big victory over the Sharks.

Arrow Up – Casey Mittelstadt (and line)

Since the game against the Ducks, the Mittelstadt line has been the Sabres most productive line.

After his line scored 2 5v5 goals against Anaheim, the Sheary-Mittelstadt-Vesey line scored another goal against the Sharks.

Mittelstadt now has 3 goals on the season, Sheary looks really good and Jimmy Vesey recorded and assists in what was his best game of the season so far.

With both Mittelstadt and Vesey gaining confidence the Sabres look to be in good hands in terms of their top-9 forward group.

After starting the season on fire, the Sabres powerplay struggled on the California road trip.

This game was no different, they constantly forced passes and struggled to enter the zone and set up. Teams have caught on the Olofsson’s shot and the Sabres need to make an adjustment in order to re-open Goalofsson’s office, or work the puck below the goal line to open up the guy in the slot (like the Sharks did on Meier’s goal).

– Linus Ullmark was fantastic for the Sabres, Krueger decided against starting Hutton off the shutout and Ullmark made the decision look like a wise one.
– Henri Jokiharju now has 3 assists as a Sabre, including his two from the San Jose game and has been the best Sabre in terms of controlled breakouts this season
– Buffalo is now one of two teams with 15 points so far this season, tied with Colorado for most in the NHL

Winning 2/3 in California was a big accomplishment for the Sabres but they can’t dwell on the successful trip for too long.

The Sabres play the Sharks again Tuesday night, beginning a stretch of 3 games in four nights next week.

Buffalo will host San Jose before going to New York to face the Rangers and then to Detroit for a divisional game against the Red Wings.