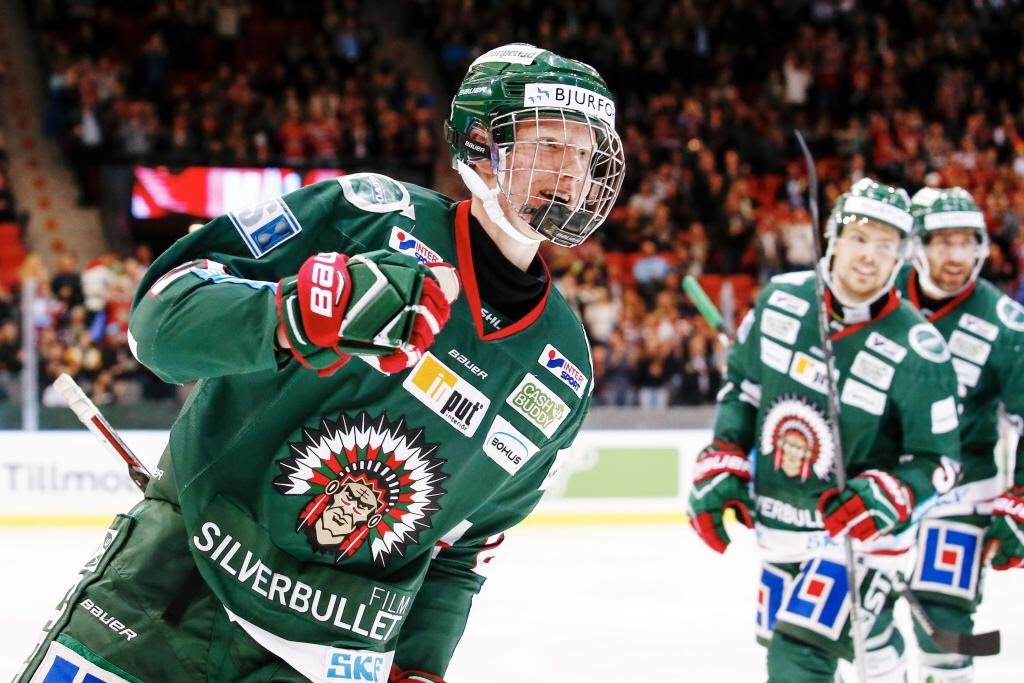 I had the opportunity to speak to Jokke Nevalainen and ask him a few questions about some Sabres prospects in the SHL. We discussed the likes of Rasmus Dahlin, Victor Olofsson, Rasmus Asplund, Lawrence Pilut, and Marcus Davidsson.

Jokke Nevalainen is a regular writer at DobberProspects.com where he covers the Swedish and Finnish leagues among other things. His Twitter handle is @JokkeNevalainen, and he hails from Tampere, Finland. He grew up idolizing legendary Finnish defenseman Teppo Numminen who finished his career with the Sabres.

Question: Since the Sabres won the lottery pretty much every quote about Rasmus Dahlin that’s out there has made its rounds through the Sabres community. The defense version of Connor McDavid, close to no flaws in his game, franchise changer. Frolunda was a solid team this past year going 25-15 with a 2nd round playoff loss – how big of an impact did Dahlin make on that team and what kind of impact do you anticipate him making immediately in the NHL?

Jokke: Dahlin was a top-pair defenseman for Frölunda, and his even strength ice time was highest among his team at 17:20 per game. Dahlin is capable of playing on either side, and he was actually used on the right side in Frölunda even though he’s a left-handed shot. He was also used on the second power play unit but wasn’t used on the penalty kill. Dahlin’s minutes weren’t huge but his impact was big, and he was one of their best players in the playoffs.

Next season, I think Dahlin can handle a top-four role in the NHL. If the Sabres use him on their top power play unit, Dahlin could get close to 40 points. I know some people have huge expectations for him right away but I’d like to preach patience because Dahlin is still just a kid who’s maturing both physically and mentally. I believe he’ll be a franchise player but I don’t like the McDavid comparison because McDavid and Sidney Crosby are on a different level from everyone else. However, I think Dahlin will be in that next tier alongside elite players like Auston Matthews and Jack Eichel for example.

Question: Victor Olofsson, Rasmus Dahlin’s teammate and 2014 7th round pick has seriously emerged as an elite goal scorer this season winning the SHL scoring title. Olofsson has flashed his offensive potential since his first development camp in Buffalo but he’s well known as a one-way player and not very physical or defensively rounded. Do you feel his offensive tools are good enough to translate to the NHL despite not being overly physical or involved defensively? Do you feel Olofsson could be ready to make the NHL right away or do you envision a season in the AHL first?

Jokke:I do think Olofsson needs some time in the AHL first but with the right kind of usage, he could use his great release to score goals at the NHL level as well. His biggest strength is definitely the one-timers he can shoot from the right-side half-wall on the power play, and I think that’s something that works in any league. You’re absolutely right about his weaknesses and because of them, he’ll need to play a sheltered role to have success in the NHL. But I think he’s talented enough to do that if the Sabres are willing to look past his weaknesses and focus on his strengths instead.

Question: The Sabres are rumored to be signing 22 year old and 2018 SHL defenseman of the year, Lawrence Pilut. Do you envision Pilut in the NHL this season and what are some things he can bring to the Sabres blue line?

Jokke: Pilut may need a short stint in the AHL but I think he’s good enough to play most of next season in the NHL. Pilut has a good package of offensive tools at his disposal. He’s also smart defensively but will need to add some muscle over the summer to handle puck battles at the NHL level. Pilut is a puck-moving defenseman but he played big minutes in all situations in the SHL because he’s such a smart player. He’s great at running a power play from the blue line, and I think he’s capable of doing that in the NHL as well. I’m a fan of Pilut, and I think he’s a better prospect than Andreas Borgman for example who received a lot of hype last year because he signed with the Maple Leafs.

Question: Marcus Davidsson is expected to return to the SHL for another season, how do you anticipate his role to grow with Djurgårdens IF next season?

Jokke: Well, first of all Marcus Davidsson needs to adjust to new wingers around him because he spent most of last season with his older brother Jonathan on the right side and Axel Jonsson-Fjällby on the left side, and both of them signed their entry level contracts and are expected to make the jump to North America. Marcus was already used in all situations last season but I think he’ll receive more even strength ice time and probably more short-handed time as well because both Jonathan and Axel were regulars on the penalty kill. I’m interested to see how Marcus does without his brother especially because Jonathan was responsible for creating offense on that line, so now Marcus probably needs to do more of that himself.

Jokke: Asplund plays a very mature, well-rounded game. He’s a smart player who usually ends up making the right decision regardless of the situation. He carried an ‘A’ on his chest which is impressive for such a young player and shows that he also has leadership abilities. He was mostly used as their second line center, and he was also used on both special teams. I don’t see him being a power play player at the NHL level but he’s the type of player coaches love to have because you can trust him in any situation, he can play against top players, and he can also win important faceoffs. I don’t see him having any difficulties adjusting to North America but I think his upside is a bit limited.

Huge thanks to Jokke for taking the time to answer a few questions! Make sure to check him out on social media @JokkeNevalainen.